"Which Country?" She Asked in Hebrew. 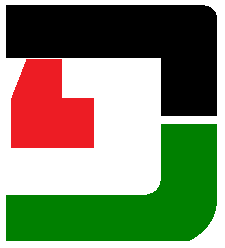 “In which country were you born?” my Hebrew teacher asked me in Hebrew during class. “I hate this question,” I answered back in Hebrew. Luckily, we had just learned how to say “I hate”  just a few days before. “I was born in Hebron.” I finally answered. My teacher nodded at me signaling to me that she understood. But I wondered if she actually did. After class, she called me up. “You can say ‘Palestine,’ if you want, Aviv. This is not like other classes where they have an agenda,” she said in English calling me by my Hebrew name that I had picked out in class four years ago. “I know," I said. "I just really have a hard time with that question in general." She nodded again and I turned to leave, “Toda Raba (Thank you very much),” I said. “Shalom. Lahetra’ot (Peace. See you.),” she replied.

It was my second semester of Hebrew in four years. When I first started taking Hebrew, I had specific goals in mind. I would take Hebrew to normalize Hebrew, Jews and Israelis in my head. I had grown up my whole life with very strong negative emotions and feelings towards Israeli Jews growing up in the Palestinian territories which are governed civilly by the Palestinian Authority and militarily by the Israeli Defense Forces through a system they call “The Civil Administration.” Growing up, I only heard Hebrew in the context of checkpoints, border control and the second Israeli channel, which aired English shows from time to time. Hebrew was everywhere. It was the language of the people in charge. It was the language of privilege. It was the language of power. It was the language of occupation. Non-Israeli Palestinians do not usually speak Hebrew, as it is not part of our educational curriculum, nor our national identity. Palestinians mostly experience Hebrew through interactions with IDF soldiers, or when visiting Israel proper if granted a permit. My experience with Hebrew was limited to saying things like “Hello, how are you?”, counting to ten and saying “I forgot” because it sounded funny to Arabic speakers. I decided to take an undergraduate course in Hebrew at the university as graduate student. I had never taken a second language in a class setting, so this would prove to be an interesting experience for more than one reason.

In class, I stay quiet and play the role of the Hebrew student. My Israeli Hebrew teacher is a sweetheart and I have a lot of respect for her. I also love her simple and easy to follow teaching methods. I probably wouldn’t have continued to take Hebrew unless it was with her. So out of respect and appreciation for her, I readily become an apolitical student with no heavy opinions. This makes it somewhat awkward when I’m seen at SJP events later by my classmates.  However, in class, I read texts, answer questions and laugh at jokes. I do my best to compartmentalize my opinions in my head and end up just trying to fit in. From time to time, my Hebrew teacher asks me how to say Arabic words and includes me in stories that relate to Middle Eastern/Arab culture. Through a professional and academic looking glass, I am just a Hebrew student, and that’s pretty much the extent of it. It doesn’t go without saying that throughout the lesson, there are times when certain Hebrew words trigger childhood memories with IDF soldiers, or when the Israeli narrative is mentioned casually as part of the Hebrew curriculum. I start burning inside to produce my own experience in contrast but I stop when I remember that the class is an inappropriate forum for such expressions. Regardless, most of the time, I actually do enjoy the class, enjoy the language and enjoy learning something new. In addition, the class has done much for my own personal healing, in letting go of self-damaging resentment while attempting to humanize a group of people towards which I’ve consciously and subconsciously hold responsibility for many of my people’s grievances, difficulties and oppression.

On the day where I was expected to answer what country I was born in, I felt the heaviness of sadness and anger. Besides, the already existing difficulty in explaining to people where I’m from on a regular basis, my carefully crafted compartmentalization broke down for a few moments. In addition, since I usually don’t bring up any subjects that would cause turbulence in class, I quickly considered the appropriateness of saying “Palestine” in a Hebrew class. But more importantly, with a very grey, complicated and confusing understanding of the situation in the land, it dawned on me at that moment that I wasn’t really sure what country I was from officially. Palestine as a sovereign country with land, borders and government does not exist on the ground, regardless of what UN status we have. Instead, the Palestinian territories consist of islands of dispersed concentrations of Palestinian cities in the West Bank with Israeli fortified settlements and bypass roads placed strategically between them, and a large open air prison in the Gaza strip under Israeli and Egyptian military blockades. The West Bank is not a state and doesn’t really exist beyond what is referenced by International Law and historic events. Many Israelis refer to the West Bank as Judea and Samaria with PA territories awaiting their final status through "negotiations." They do not see a green line in the way that their society functions. Settlements are just extensions of Israelis cities connected by bypass roads that avoid interaction with Palestinian cities.

I was not born in Jordan, as I was born after 1967: the last time Jordan controlled my city. I was not born in Israel, as I am not an Israeli citizen, nor is Hebron technically within what is recognized as Israel proper. I am not from Egypt, as Egypt never really occupied or controlled Hebron. Finally, Historical Palestine (the Palestine understood by most Palestinians) which includes the West Bank, the Gaza Strip and Israel proper, is nothing but a nostalgic land that is alive mostly through Palestinian folklore and traditions, but very much not a reality on the ground. With heavy emotion, it is this fact that I am reminded of when I hear the country question, especially when that question is asked in the language of my occupiers.

The situation is more complicated than a blog post can convey and I have a hard time wrapping my head around it most of the time. It takes a lot of work to keep this compartmentalization going and there are days when it is just too much. My original goals and objectives of learning Hebrew still hold up, but I feel that there is still much internal work to be done. Perhaps I can find a different forum to help elevate the situation. In the meantime, I take Hebrew as a power play. Maybe I’m trying hard to receive approval and acceptance from an Israeli entity that forcefully put me in a position of inferiority growing up. Maybe this is an attempt to fit in with the popular American Jewish students back in high school by excelling at something that they claimed defined them. Maybe, in a paradoxical way, this class fits well in my continuous efforts to forge and protect my Palestinian identity and take back my power.

In the meantime, I try to enjoy learning Hebrew and I guess we’ll see where it goes. Today I wrote the date on the board in Hebrew. “Good job, Aviv,” my Hebrew teacher said to me smiling. I blushed a little and returned back to my seat feeling acknowledged and recognized, a feeling that I hope becomes more prevalent in my life and the lives of my people.